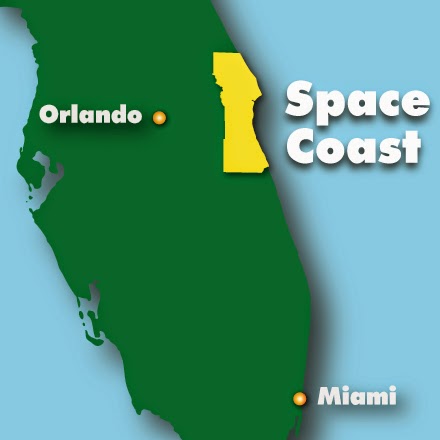 The Solar Airstream Fab Lab will be departing from Alfred, New York in mid October and working its way down the East Coast to the Space Coast then on to Miami and Key West in December. It is due to return back to New York by January 2015.

The Space Coast in particular attracts us because of its history of exploration.

The Solar Airstream Fab Lab is a 1960’s Airstream converted into a digital sculpture lab and research studio, harnessing solar energy via 2 x 22ft panels on the roof it is primarily a mobile studio for small scale production of art. Housing Paul Higham’s custom built rapid prototype machine where he manifests objects from data, whilst Coral Lambert works at each site developing environmental foundry processes utilizing the mobility of the studio. 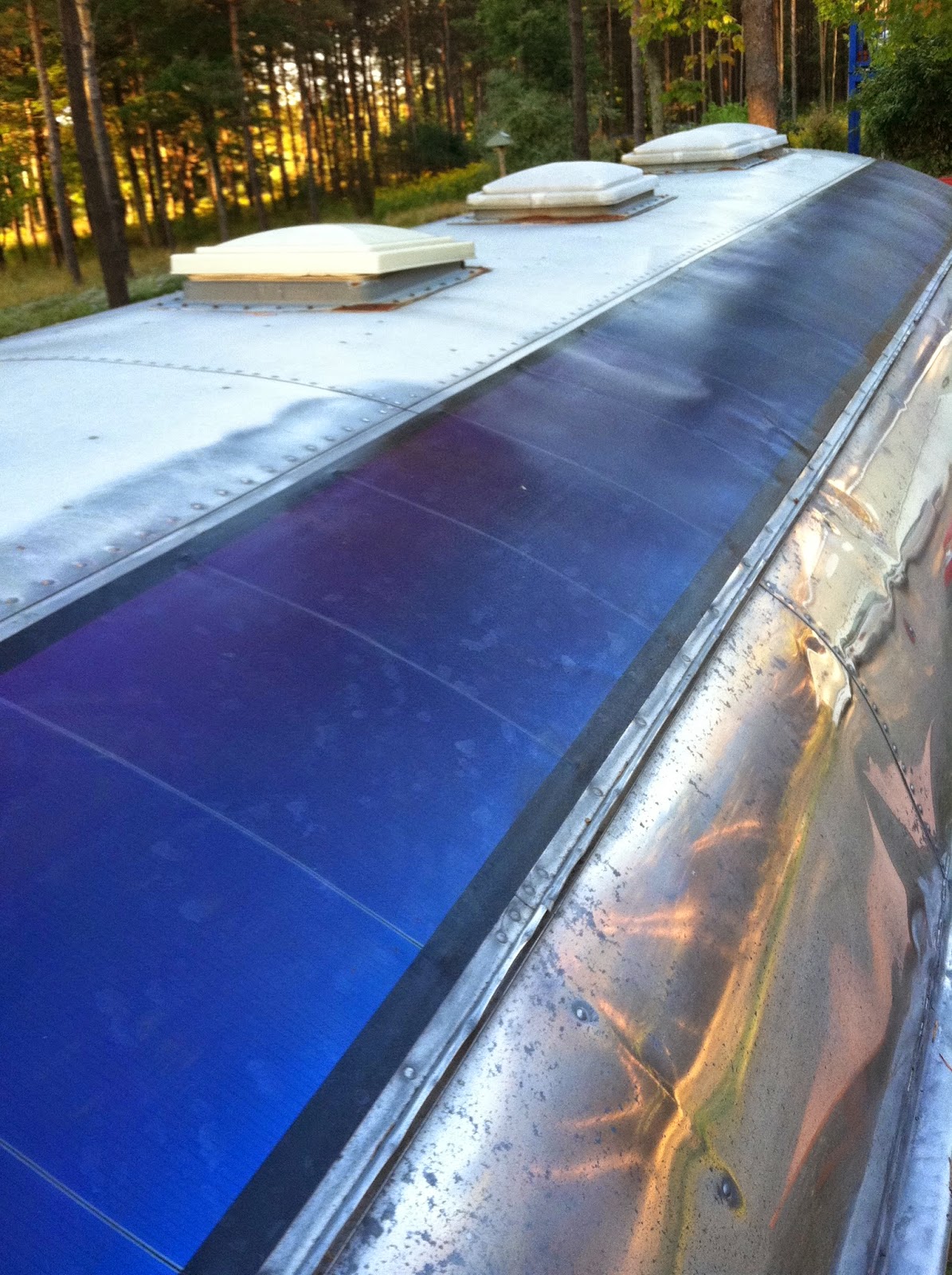 The Space Coast is a region in the U.S. state of Florida around Kennedy Space Center (KSC) and Cape Canaveral Air Force Station. All of NASA-launched manned spaceflights running from Project Mercury in 1961 to the end of the Space Shuttle program in 2011 have departed from either KSC or Cape Canaveral. The Air Force Station has also launched unmanned military and civilian rockets. Cities in the area include Titusville, Cocoa, Rockledge, Cape Canaveral, Merritt Island (unincorporated), Cocoa Beach, Melbourne, Indialantic, and Palm Bay. It is bounded on the east by the Atlantic Ocean. 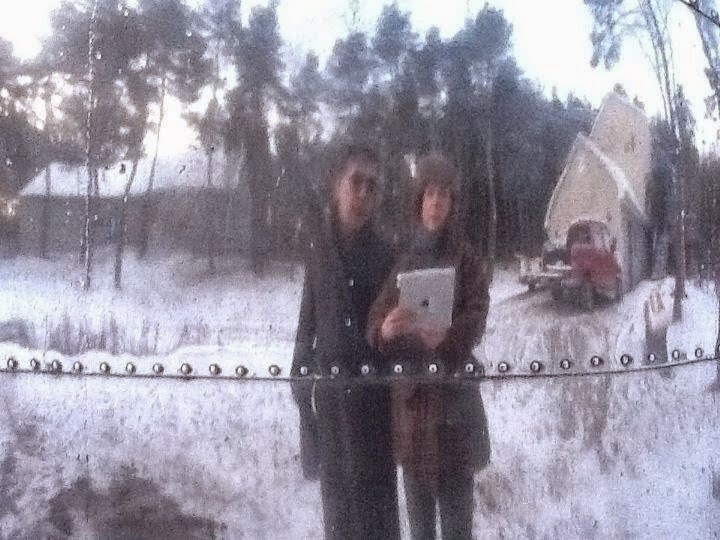 Environmental Foundry : Clay Mold Process
Coral Lambert will be using the sites along the Space Coast for inspiration as well as to collect objects to mold and cast along the way. She will be developing and further researching her Environmental Foundry practices using the site specific resources at hand. For example a simple mold made from clay, sand and organic matter can be used to make piece molds off of a found object then charcoal and hand pumped bellows to melt the metal. Environmental Foundry uses appropriate and sustainable technologies and materials, such as beeswax, clay, solar, wood, earth, vegetable oil and charcoal to make molds and melt metal. www.corallambertsculptor.com 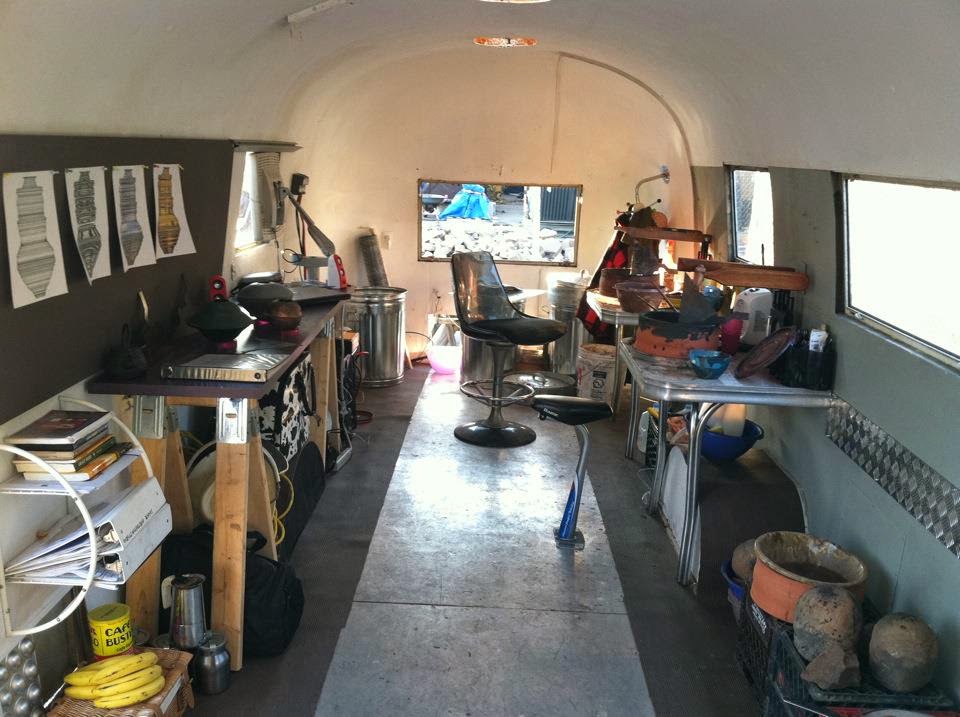 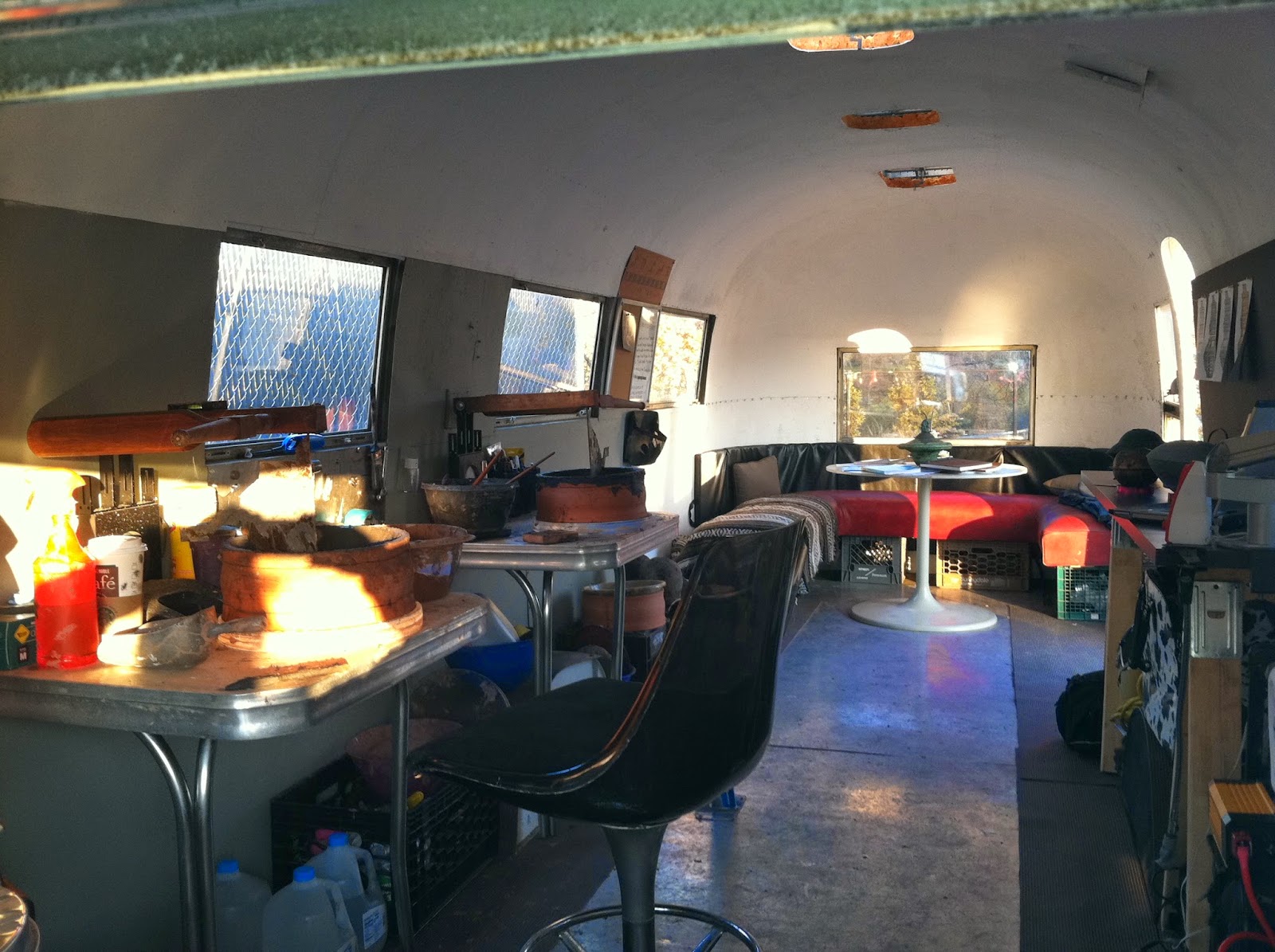 December 13th      Research Space Coast Mission: Over and Out

See you on the road ! 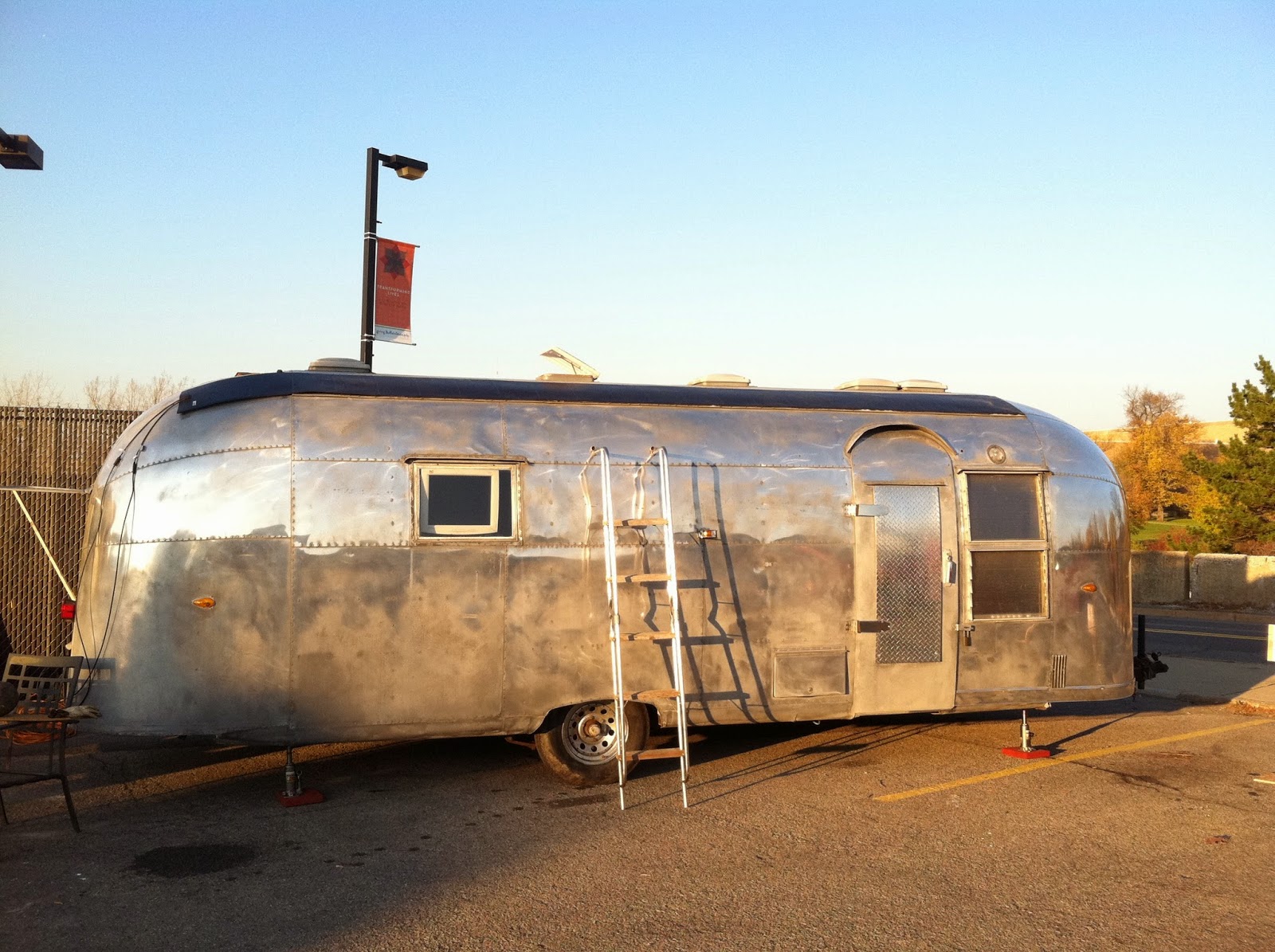 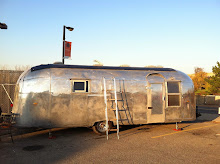 Utilizing the mobility of the solar fab lab ; The Airstream houses Paul Higham’s custom built rapid prototype machine where he manifests objects from data, whilst Coral Lambert is enabled to work at each site developing environmental foundry processes.

Both artists are internationally recognized in their chosen fields that span the spectrum of current sculptural practice. Paul Higham comes from a highly conceptual background having studied at Goldsmiths College in the early 70's London and Coral Lambert comes from the formal steel sculpture tradition of Sir Anthony Caro in the mid 80"s. From these roots they continue to pioneer their own path.

Never wanting to be without a studio again the couple bought the Airstream after Hurricane Katrina flooded and destroyed their 33,000 sq ft home studio in New Orleans. It is not only an American icon of a utopian dream, it is also the symbol of freedom, innovation and independence that comes to life.

Please contact us if you are interested in the Solar Airstream Fab Lab visiting your institution for a lecture, demo or Airstream Exposition. 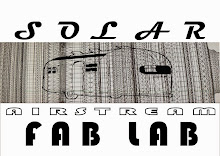 For the 2014 'Space Coast Tour' there are available some limited edition T-Shirts. To order yours please use the drop down menu to select your size and it will be mailed directly to you. The cost of each includes shipping to anywhere : even the moon! (T-shirts are 100% black cotton with silver ink) THANK YOU FOR YOUR SUPPORT

This is primarily a self funded project, partially financed by giving lectures, demos and expositions if you are interested in providing additional support please note that all donations will go towards making the Solar Airstream Fab Lab more progressive and productive. As a donor you will receive a special postcard report from the road or even a visit from the Airstream itself! We will let you know how we spend the donation, it could be anything from gas to a new solar inverter or other equipment. Any amount is greatly appreciated. THANK YOU FOR YOUR SUPPORT

Is internationally recognized as a pioneer of digital sculpture and progenitor of ‘DataSculpture’ working with Virtual Sculpture and Prototyping technologies in the fine arts for over 30 years.

Born in Scotland in 1954, Whilst at Liverpool Art School in the early 70’s he was taught by Arthur Ballard. He went on to study Video and Painting at Goldsmiths, alongside Sculpture tutors Michael Craig Martin. Rather than study Art History Higham studied John Von Neumann and Wittgenstein under August Weideman, a direct pupil of the philosopher.
During Higham’s time at Goldsmiths Carl Placman referred to Higham’s work as “Schematic entropy machines“. These conceptual works specifying autonomous domain states became sculptural schemas in the late 70’s. By the 80’s he was able to make these domain states truly ‘Operational’ through computation, his endeavor has remained consistent to propagate a new form of art based on self-organizing theories of artificial life.

In 1985 – 87 he became a resident at the Madhyamaka Tibetan Buddhist Monastery where he studied for the Geshe Degree {Lo-Rig} in “Mind & Cognition”, this was the first time it was offered in the west. This research has directly influenced the current work in the ‘Thought Forms’ exhibition.

Higham came to the USA in 95 to carry out advanced research residencies at the University of Minnesota in rapid prototyping and V.R. medical visualization labs: he harnessed these emergent technologies to produce digital art. During this period he was a resident artist at MVS Mayo Clinic Immersive Haptic Laparoscopy (remote surgery) utilizing haptic force feedback technologies as well as spending 3 yrs at the “Human Machine Design Lab” as resident artist building neural interfaces and data gloves. This is when he developed ‘DATA SCULPTURE’: using information theory, heuristics and real-time data mining to create emergent forms.

Also at this time he developed a relationship with Stratasys Rapid Prototype Corporation, Sensable and Geometrix using scanners to digitize objects volume by volume at a distance which Higham termed ‘Space Sampling’. The abducted coordinates of that object were then turned into a digital mesh or virtual 3D representation of conditional states. Thus following up on the inquiries he began at Goldsmiths College of Art, London.

Higham has lived in London, Manchester, New York City, Minneapolis, Chicago, New Orleans, The Netherlands and currently resides in Upstate New York where he has an extensive digital sculpture studio. His works are in private collections and Museums.

Is internationally known for working in cast metal as well as producing large scale outdoor pieces. Over the past 24 years she has utilized the foundry as a laboratory to explore the process of ‘speeding up the work of nature’. Responding to metals history, its weight , permanence and impermanence. In its transience liquid state, she treats it is a material with life as it breathes, oxidizes, and grows, replicating nature, emerging raw and elemental as if raised from the earth’s depths by volcanoes or formed like billion year old meteorites.

Coral Lambert is the recipient of awards including the Gottlieb Foundation Award, Jerome Fellowship, and the Joan Mitchell Grant.